We have decided to add a news section to this website where will publish short reports on hot topics and emerging issues. Where possible we will try and add photos that best illustrate the comments contained in the article.

"Despite the fact that access to drinking water and sanitation has been recognised as a human right since 2010, almost 3.5 billion people today still have no choice but to drink water that is dangerous to their health. 2.4 billion people are without latrines, i.e. 40% of the global population. As a result, 2.6 million people die each year of water-related diseases, which makes contaminated drinking water one of the leading causes of death worldwide."

These are the words of Solidarités International, an NGO working with people in crisis situations for more than 35 years, which is fighting hard to combat this global scourge. Follow the organisation by visiting the website www.solidarites.org.

We became aware of this scourge thanks mainly to the warnings from those working in the health department at Ecoles de la Terre. And this is why water treatment plants have been built near our schools. Works first began in 2010 and initially consisted of drilling wells, with the first plants being installed on the Sundarbans islands in West Bengal in August 2014. Since then, around ten water treatment plants have been built on these islands and in the state of Bihar. In autumn 2017, our first mineral water production plant was built with the aim of providing the poorest families with water at very moderate prices that are in line with their standard of living. 2018 will see the completion of a project set to revolutionise our efforts to promote the health of schoolchildren and their families. 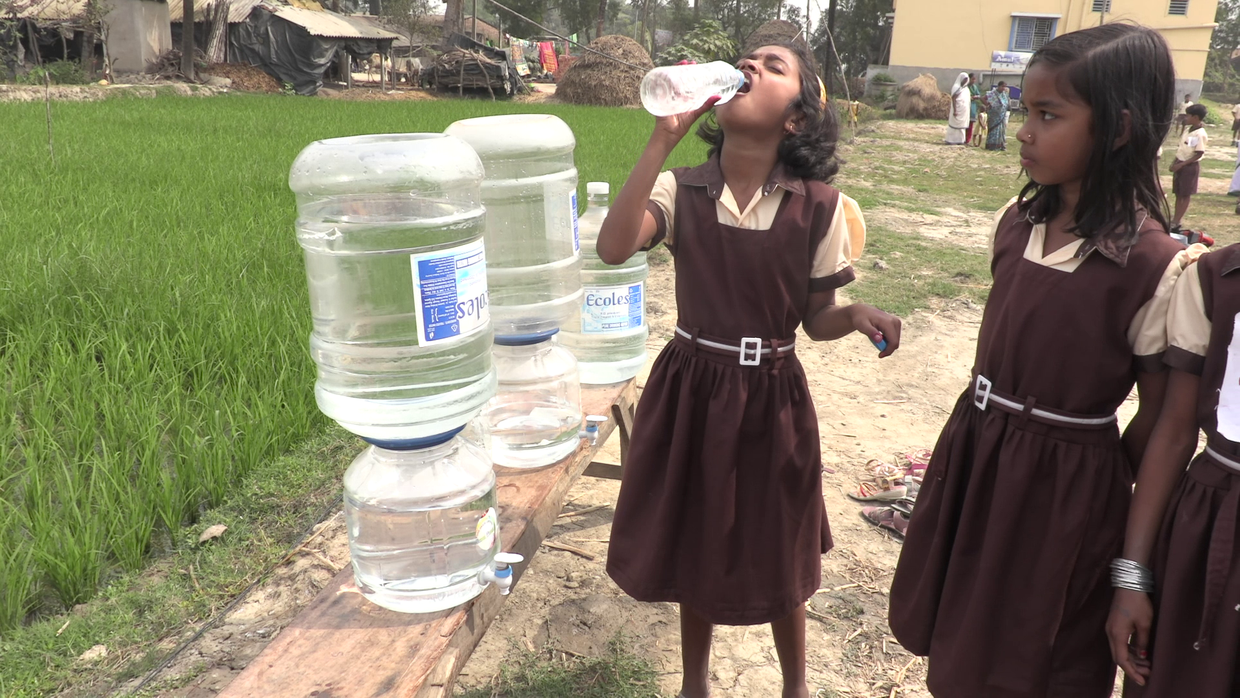 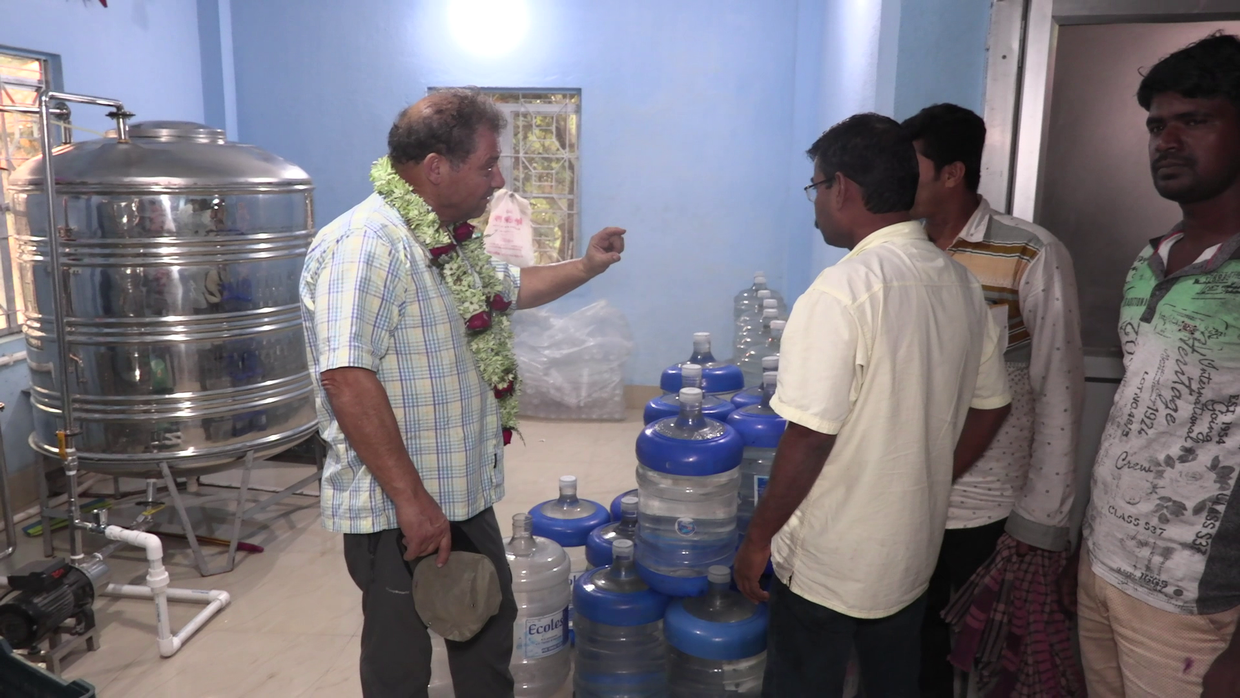 Raising people's awareness of the importance of the fight against waterborne diseases is one of our key aims. An extensive programme of information meetings and conferences is currently being set up. Meetings are organised specifically around the topic of water and the impact of poor-quality water. This issue is also raised at other meetings concerning education and microcredit programmes.

Our goal is to convince those we work with to become our closest partners in the fight against waterborne diseases. This approach is of course directly linked to education and there is even a teaching module on this subject aimed at pupils. With the financial, technical and educational support of the Fondation Cedric Martin in Puplinge in Geneva and the efforts of one of its members, Carmine Graziano, the prospects for improving water resource management, and consequently the health of our pupils and their villages, are encouraging and show great promise.